Ever had a moment where you feel like your brain is in “crisis mode”. The moment when you are trying to figure out how to calm yourself down, but none of your normal coping mechanisms are working. In fact, you may not be able to think logically at all. What do you do then? According to science, there’s hope!

Scientists have long been aware that aquatic mammals such as whales, dolphins, and seals, can override basic homeostatic reflexes. These reflexes keep an organism in optimal functioning in order to be able to survive for long periods of time under water. However, it wasn’t until much later that scientists realized cold water has the same preservation effect on humans. Further research conducted showed that water triggers an immediate decrease in heart rate. Scientists dubbed this the mammalian diving response, or more commonly known as the “diver’s reflex”.

If you have ever felt the moments of panic described above, these feelings are often accompanied by a pounding heart, increased sweating, difficulty breathing, chest pain, and more. These symptoms are coming as a result of your nervous system, an involuntary and reflexive mechanism that helps to keep us alive, is stuck on hyper-alert and as a result has kicked you out of your comfort zone. When you are having that anxiety, it activates the sympathetic nervous system.

Scientists continued conducting further research and studies to better understand what happens during the diver’s reflex. Studies have shown us that the diver’s reflex occurs from signals sent by the trigeminal nerves in the face. When cold water hits the face, a message is sent to the vagus nerve. The vagus nerve controls the parasympathetic nervous system, connects the base of the brain to the rest of the body and regulates the heart rate and breathing, among other essential functions. Thus, by activating the diver’s reflex, you are able to reset a hyper-aroused nervous system.

When activating the diver’s reflex, your heart rate significantly decreases and an increase in peripheral vascular resistance occurs, leading to a redistribution of blood flow. If you have a heart disorder, low heart rate due to medication, eating disorders, or other medical problems, you should consult with your medical doctor before trying this for yourself.

Now if you are reading this and thinking, “This is great”, followed by “Where the heck am I going to find a place to go diving every time I feel panicked?” I have good news for you! There is a simple, accessible, and quick way to trick your body into releasing your diver’s reflex.

First, you want to find a large bowl, or you can even use your sink. Next, fill it with icy water, the water must be under 50 degrees in order for this procedure to work. However, in my experience, I have found that icy water works best! Next, while holding your breath, plunge your face into the water for 30 seconds. Take your head out of the water and repeat the dunking process again. However, if this isn’t doable or you are not comfortable underwater, there are a few alternative ways to stimulate the same response.

Human beings are hardwired for self-preservation through our nervous system. When this system thinks we’re in danger, it kicks into gear to help us survive. But sometimes our body’s physiological “gas pedal” gets stuck against the floor, and we find our brains “stalling”, growing more anxious and irritable. However, by intervening with the diver’s reflex, you will be able to return to a resting state – allowing you to feel cooler both physically and emotionally.

If you’re ready to claim your best life, contact me now! 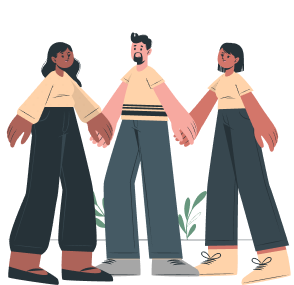 We offer treatment to unlock your inner strengths and build a life that’s worth smiling about!

We use cookies on our website to give you the most relevant experience by remembering your preferences and repeat visits. By clicking “Accept”, you consent to the use of ALL the cookies.
Do not sell my personal information.
Cookie SettingsAccept
Manage consent

This website uses cookies to improve your experience while you navigate through the website. Out of these, the cookies that are categorized as necessary are stored on your browser as they are essential for the working of basic functionalities of the website. We also use third-party cookies that help us analyze and understand how you use this website. These cookies will be stored in your browser only with your consent. You also have the option to opt-out of these cookies. But opting out of some of these cookies may affect your browsing experience.
Necessary Always Enabled
Necessary cookies are absolutely essential for the website to function properly. These cookies ensure basic functionalities and security features of the website, anonymously.
Functional
Functional cookies help to perform certain functionalities like sharing the content of the website on social media platforms, collect feedbacks, and other third-party features.
Performance
Performance cookies are used to understand and analyze the key performance indexes of the website which helps in delivering a better user experience for the visitors.
Analytics
Analytical cookies are used to understand how visitors interact with the website. These cookies help provide information on metrics the number of visitors, bounce rate, traffic source, etc.
Advertisement
Advertisement cookies are used to provide visitors with relevant ads and marketing campaigns. These cookies track visitors across websites and collect information to provide customized ads.
Others
Other uncategorized cookies are those that are being analyzed and have not been classified into a category as yet.
SAVE & ACCEPT